Kamchatka a region surrounded by nature among volcanoes, lakes, sea, the tour will be a combination of emotions. 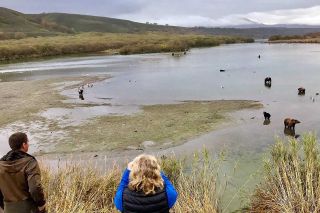 DAY 1:
Arrival at the airport, meeting and transfer to the hotel. Accommodation in reserved rooms. overnight stay

DAY 2:
Departure (early morning) to the Plosky Tolbachik area. Moving north of 600 km with a stop for lunch in the village of Milkovo. End from the highway will begin the very fascinating route. On the way stop on the Studenaya river to have a tea.
Cross-country guide (80 km - 4-6 hours depending on road conditions) up to Tolbachinsky Dol, camping accommodation, for those who wish, there is the possibility of placing themselves in glamping in the "Dead Forest", at the foot of the volcano Plosky Tolbachik, where the lava and slag from the 1975-76 eruptions completely covered and burned the surface, leaving only dry tree trunks in view. Now. gradually the surface comes to life: young shoots of trees, shrubs and alpine flowers appear.

DAY 3:
We will see the consequences of the eruption of 2012-13, following which new volcanic cones have formed, surrounded by huge lava fields and slag. If the weather is favorable, the Plosky Tolbachik volcano (3140 m) will be climbed. Alternative: the fourth day program starts early.

DAY 4:
Excursion to the caves with colored stalagmites and stalactites of volcanic origin, the "Chandelier" cave, at a high temperature of 100 ° C. The caves arose after the eruptions in 2012-2013. and still retains the warmth of the earth. They can heat up or dry quickly in bad weather. After visiting the "Dead Forest", the natural object "Stella", inspection ITV 1975-1976. (height 200-300 m). In good weather, it overlooks the lava flows of South Breakthrough, located 28 km south.

DAY 5:
Breakfast, departure towards the south of Kamchatka. With lunch in Milkovo. In the evening, overnight stay at the foot of the thermal swimming pool.

DAY 6:
Breakfast, continuation on the coast of the Sea of ​​Okhotsk (takes its name from the flowing river - Okhota). One of the first names of the sea was Kamchatka. From the peninsula, the coast is a low surface with black volcanic sand, the coast of which is slightly jagged. The road to Oktyabrsky village crosses the Okhotsk Sea and the Bolshaya River. The sensations are quite particular and exciting, because the journey goes along the road, on both sides of which there is water! Oktyabrsky village meets with its wind farms, joyfully rotating its blades. The crossings, and there will be 3, are made on ferries, which is rarely seen in ordinary life. In the evening, after covering 400 km on various roads, the group settles in the village. Pauzhetka.

DAY 7:
Day of rest. Walk to Pauzhetka village. With a visit to the thermal springs of Pauzhet located near the GeoPP of Pauzhetskaya, with mud boilers, pulsating springs, fumaroles; "Valley of the Seven Omuli", "Emerald" waterfall, "Second Life" thermal bath.

The Pauzhetsky springs are located in the river valley. Pauzhetki is a large left tributary of the river. They resemble miniature Geyser Valley sources - the same phenomena, but on a smaller scale. The sources were first described over 200 years ago by Stepan Petrovich Krasheninnikov. He noted that the keys "strike in many places such as fountains, mostly with great noise, a meter and a half tall." It had 2 geysers. With the start of the operation of the GeoES Pauzhetskaya, the activity of the geysers (old and new) has decreased. Externally, the geysers hardly differed from the pulsating sources and, of course, were inferior to the beauty of the geysers of the Geysernaya River. For example, the geyser does not have a new griffin; the water flows from a barely perceptible depression into a rough flood. Its cycle in 1965 was 30 hours; gushing period 45-60 minutes; the width of the boiling column of 0.4-0.5 m; the height of the water emissions is only 20-30 cm. He is obviously young but still a geyser, a direct relative of large and beautiful geysers located in the valley of the Geysernaya River!

On the key site of the Pauzhetian springs there are griffons in continuous boiling which launch jets of boiling water and steam up to a height of 1 m. The springs are surrounded by a thin geyserite crust.

DAY 8:
Early morning departure for Lake Kuril, located in the territory of the Southern Kamchatka Federal Reserve, in 1996 included in the UNESCO Natural Heritage List as part of the Kamchatka volcanoes. The walk will take place along the Ozernaya River. Numerous rivers and streams flow into Lake Kuril: Khakitsin, Etamynk, Gavryushka, Vychenkiya, Kirushutk and the Ozernaya River flows into the Okhotsk Sea. On the way to the lake (the path can be transported to the reserve or on foot) stop to visit the observation deck over the river. Lake. The place where the Kamchatka brown bear fishes freely. Another 4 km and six are on Lake Kuril - the largest breeding ground for sockeye salmon in Eurasia, on whose banks you can meet the bears that fish in their natural habitat. With a supplement (payable in cash) It is possible to go to the lake with a boat.

After seeing the bears, you go to the natural monument - Kutkhina bata. These are pumice rocks created by wind, water and volcanic activity. Stepan Petrovich Krasheninnikov, who studied Kamchatka from 1737 to 1741, transmitted the story of Kamchatka Itelmen, who saw huge rock-shaped boats, the bats of the supreme deity Kutha, left to dry, and reminded the Cossack-pioneers of the shuttles. So, "forgotten" boats have been standing here for several thousand years and are waiting for their commander to hit the road along the river to the sea.


DAY 9:
Breakfast. Departure for the city of Petropavlovsk-Kamchatsky. A long road through rivers, crossings, over the Okhotsk Sea. Arrival accommodation in hotel.

DAY 10:
Free day. Opportunity to fly in the Valley of the Geysers, visit the Russian bay on a yacht or take a walk around the city.

DAY 11:
Breakfast at the hotel. Transfer to the airport

INDIVIDUAL PARTICIPATION FEE:
IN GROUP WITH BUS EURO 2,176.00 (IF THE GROUP IS FORMED BY RUSSIANS, YOU MUST ADD AN INTERPRETER IN ENGLISH)
FOR INDIVIDUALS WITH JEEP EURO 2,999.00

Meeting and assistance at the airport
Transfers on arrival and departure days
Accommodation: hotel / camps - 4 nights, Tolbachik tents - 3 nights (supplement for glamping on Tolbachik only on advance request - 40 euro bed per night), Pauzhetka tents / private sector 3 nights
3 meals a day on the route. Breakfast in the city hotel
Guides, a cook, a guide on the route for a group tour -15 people.
All excursions according to the program
Entrance to the Klyuchevsky park to visit the park
Entrance to the Kronotsky reserve to visit the Kuril lake (SKR)
Payment of the crossings for 6 transfers

THE PRICE DOES NOT INCLUDE:

- Airline tickets
- everything when not included in the price includes 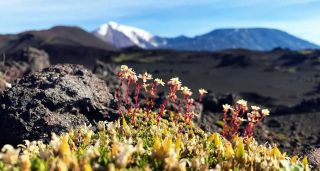 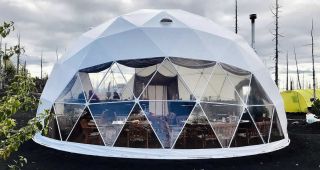 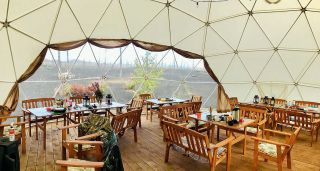 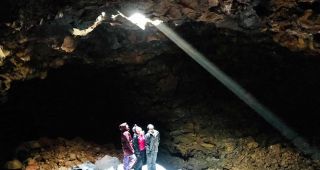 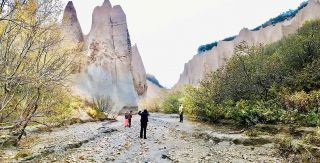 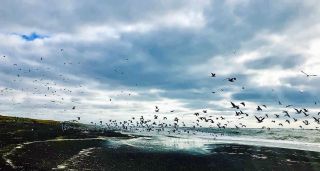 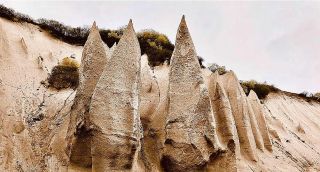 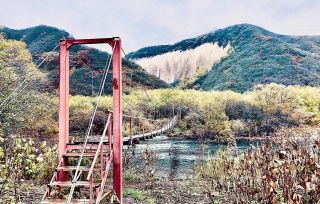 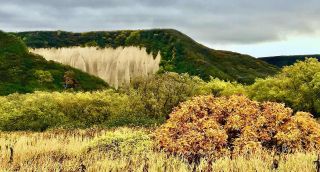 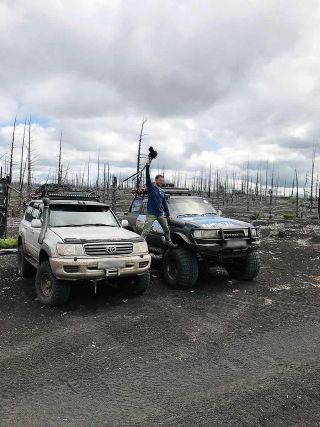 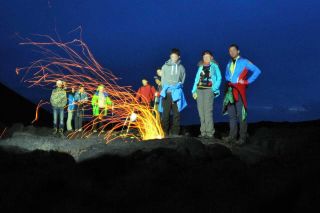 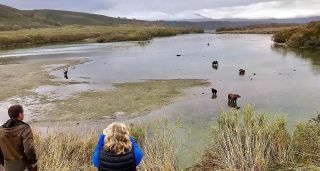 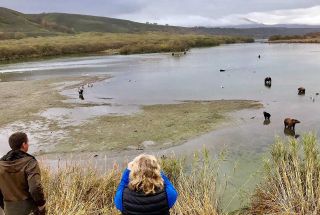 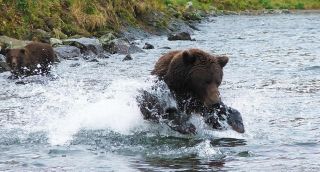 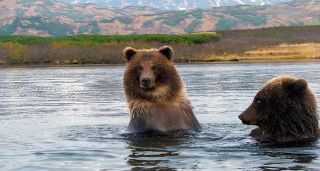 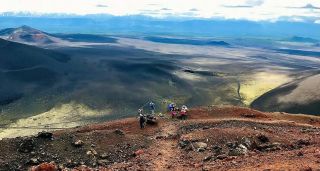 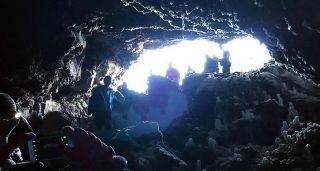