What to see in Moscow

MOSCOW Capital of the Russian Federation a city that in our opinion is a state in itself (considering that all of Russia has about 148,000,000 inhabitants), only Moscow has about 15,000,000 and is considered the largest city in Europe at least by population, the City of Moscow covers an area of approximately 1,085 km2 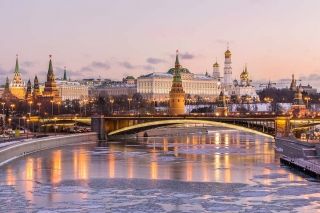 MOSCOW is the Capital of the Russian Federation a city that in our opinion is a State in itself (considering that all of Russia has about 148,000,000 inhabitants), only Moscow has about 15,000,000 is considered the largest city in Europe at least by population, the City of Moscow covers an area of about 1,085 km2. The city took the name Moskva from the river that bathes it (Moskvova), was founded in 1147 by Jurij Dolgorukij on the hill of Borovicki. Today Moscow is a cutting-edge city, full of clubs of all kinds, from classic coffee to ultra-modern nightclubs

THE KREMLIN (Kremlin in Russian is “a fortress”) was the first and most important fortress of the city of Moscow, after Moscow many cities were built around their Kremlin. In the fourteenth century the Moscow Kremlin expanded with oak trunks, only in 1367 the walls and the White Stone Towers were changed. At the end of 1400 in the period of Ivan III on a project of the architect Fioravanti the walls and towers were rebuilt taller and thicker than the previous ones, made of red bricks, around the fortress a ditch around the walls was made, from that moment the Kremlin became impregnable.

The Red Square (In Russian language Krasnaja Ploshad) is the central square of Moscow, bordering the Kremlin wall. All the main streets of Moscow leave from here and go in every direction.

The Red Square is considered not only in the Moscow Square but in the whole of Russia, the zero point or the Red Square calculates all the distances from Moscow. The name RED SQUARE does not derive from the red color of the communist party, nor from the fact that the bricks of the wall and buildings are from red bricks, but rather from the fact that “krasnaja” in ancient Russian also meant beautiful. There is a beautiful cathedral called St. Basil’s Casthedral here. (from a particular legend, St. Basil’s Casthedral was erected in the period of Tsar Ivan the terrible, he wanted to build a beautiful Cathedral, a unique one, and called an architect, at the end of the masterpiece asked if he could redo an other one equal to that cathedral, so he confirmed that he could. At that point he had his eyes removed so he could not redo it, the goal of the tsar was still that the St. Basil’s Casthedral was to remain unique in the world for its beauty) In the Russian square there are:
Lenin’s mausoleum (where the remains of embalmed Lenin are still carefully preserved, St. Basil’s Casthedral, the Historical Museum, the GUM government department store (now a luxury shopping center

MOSCOW UNDERGROUND: The Moscow Metro was built in the 30s, it is the most convenient and economical way to get around. Even today, there are 165 stations, every day about 9,300 trains transport around 10 million people a day. The subway is not only a means of transport but also an underground museum where each stop is of different characteristics.

NOVODEVICHY MONASTERY (UNESCO Heritage) is one of the most beautiful places in Moscow, due to its architecture. The Monastery is today, a museum, a monastery, a cemetery where some famous presidents were buried, also it has a very beautiful territory, as well as the lake adjacent to the monastery (where Tchaikovsky is said to have thought or even composed his famous work “Swan lake”) We highly recommend visiting the Novodevicij monastery.

ARBAT is a pedestrian street about a kilometer long, founded in the fifteenth century. It was the heart of the Arbat district, inhabited mainly by artisans. Following in the 18th century The Arbat was considered by the Russian nobles as the most prestigious area of ​​the city. Today The Arbat with its historic buildings, with the various street artists is a very peculiar pedestrian area, full of bars, restaurants and souvenir shops, a place where we recommend everyone to take a walk.

Sparrow Hills is one of the 7 hills of Moscow, the highest point of the City where you can admire the marvelous panorama of the City. Sparrow hills is famous for the well-known and prestigious UNIVERSITY. LOMONOSOV State University was founded in 1755 by Empress Elisabeth of Russia.

THE TRETJAKOV GALLERY: Today it is a museum that houses the largest collection of Russian fine arts. Mr. Tretjakov, a well-known merchant in the mid-80s, began to buy a series of paintings by various Russian artists, with the intention of creating a collection of paintings (picture gallery). His goal was to create a National Museum of Russian works, and in 1982 he succeeded in his intends, in fact he gave his famous collection to the State. Today it is an important picture gallery.

THE CATHEDRAL OF CHRIST THE SAVIOR: In 1812 when the last French soldiers left Russia, Tsar Alexander I started the construction of a Cathedral in honor of Christ the Savior, to thank Christ the Lord for saving Russia. After Lenin’s death the Soviets decided to destroy the Cathedral to build a Monument called the palace of the Soviets, where a gigantic statue of Lenin would rise. In 1931 the Cathedral was destroyed. Work began but was never brought to an end due to lack of funds. In the end, Krushev decided to build the largest outdoor pool in the world. In 1990, after the fall of Communism, the Cathedral of Christ the Savior was rebuilt exactly as it was.

THE BOLSHOY THEATER: That is the Grand Theater, a neoclassical building, considered the World Temple of Classical Ballet. Today one can see not only ballets, but also operas and theatrical performances.

PARKS: among the many beautiful parks we suggest Kolomenskoje and Tsaritsyno .

PARK POBEDY: the park dedicated to the victory of the 2nd World War, with its monument to the Holocaust and the fallen during the war.

HOTEL METROPOL, today one of the most beautiful 5 * in Moscow, rich in history (built from 1899 to 1907) beautiful hotel in Liberty-Russian style. Moscow today is also a business center, with its exhibition centers that daily “move” millions of people giving the opportunity to give a strong concentration of business tourism. We all recommend going to Moscow once. Those who have business trips can take the opportunity to combine business with pleasure organizing a trip through our agency. We can help with booking the hotel or apartment, transfers or assistance or translations, various excursions to visit the city. For any information about the city of Moscow please do not hesitate to contact us.