What to see in Siberia

Siberia is part of eastern Russia, also considered Northern Asia. Starting from the Ural Mountains up to the Pacific Ocean and from China / Mongolia to Getting to the Arctic Sea, a very large territory, a set of cultures, stories, landscapes, religions, populations and different climatic conditions, completely different from each other on the other. 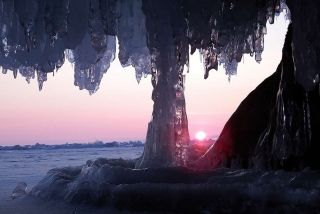 Siberia is much more beautiful than we imagine it, nature is the master, with beautiful expanses of woods, with lakes, rivers, rich in mushrooms and berries in summer

BAIKAL LAKE: It has been protected as a World Heritage Site by UNESCO, it is one of the 7 wonders of Russia, with its clear waters, it is one of the largest lakes in the world, an area of 31,772 km2, the deepest point of the lake is about 1,660 meters. The climate due to this large body of water is affected by very cold winters, in winter the surface of the lake freezes completely, summers are cool and humid.

IRKUTSK is the most important city and close to the lake, capital of the homonymous region, founded in 1652, it is also considered one of the most important cities in all of Siberia. To see the Municipo of the Soviet era, the Kazansky Cathedral in the Russian Byzantine style, the red and blue colors stand out, in the city center you can see the traditional wooden houses, the Znamenskji convent of 1693 one of the oldest in all of Siberia, architecture a mix between the Russian Medieval and the Siberian Baroque, The Ethnographic Museum Taltsij Located between Irkutsk and Lake Baikal, a real open-air museum.

EKATERINBURG: Located on the eastern side of the Ural mountains, the capital of the Sverdlovsk region, the fourth largest city in Russia by population of approximately 1,500,000, the city was born in 1723 and took the name of Saint Catherine of Ekaterina la Tsarina from Saint Catherine of Alexandria .
To see the Stele that marks the border between Europe and Asia, and the place where the Tsar was killed with his family (The Romanovs) and the people closest to him after the October Revolution in 1918. In the city there are more of 50 museums, in the History Museum there is the oldest Wood Sculpture in the World (The Idol of Sigir) dating back more than 9,000 years BC At the Museum of Fine Arts there are collections of avant-garde artists.

VLADIVOSTOK: Capital of the region and also of the coast which is located in the Russian Far East. Close to the border with China and North Korea. Vladivostok also has a very important port for trade. Founded in 1859, the Russians immediately understood the importance of the city in that strategic point and immediately had it fortified.

The historic center of Vladivostok has buildings from the Czar era and the Soviet period, to see the Bortsov Revolutsiy square where the center is the monument to the fighters of Soviet power in the Far East, one of the main architectural monuments of the city. There are also several museums to visit:
- Primorskiy Art, with the collection of Dutch paintings from the 1600s.
- Arsenev Regional Museum, Collection of Objects of Local history
- Vladivostok Fortress Museum,
- Submarine-museum S-56, which sank many ships during the Second World War, today a museum that can be visited inside.

NOVOSIBIRSK: Important city for the rail and road passage, Capital of the homonymous Region, the City is crossed by the Ob River, it is the third largest city in Russia by number of inhabitants (After Moscow and St. Petersburg) about 1,600,000. Founded in 1893 during the construction of the railway bridge over the river that today bathes the city, initially they called it Aleksandrovskiy for Tsar Alexander III, then changed the name to Novonikolaevskiy for Tsar Nicholas II in 1925 it was definitively called Novosibirsk.

What to see: Ascension Cathedral, Aleksandr Nevskiy Cathedral, St. Nicholas Chapel, The Beautiful Zoo with over 4,000 species of animals

KABAROVSK: Capital of the homonymous region, the area where the city is located today in the XII century. It was the territory of China, only in the nineteenth century. the area was ceded to Russia.