HELICOPTER TOUR FOR THE BEAUTIES FROM KAMCHATKA 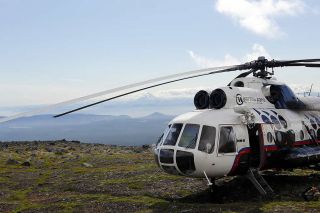 Departure from June to October

In June the landing in the Uzon caldera is NOT included.

The group usually consists of around 21-25 people.

guide: in English or Russian

located in Kamchatka The Valley of the Geysers is one of the largest areas in the world and is the only one in Eurasia.

The tour with a professional guide will take our guests on a walk around the valley, where they will closely observe the geyser eruption and see the eruptions of smaller geysers based on the observation point, as well as watching the pulsating springs, vessels of mud and warm water lakes.

The second landing is the Caldera with the ancient Uzon volcano with many spas, boiling mud, pots of water and mud volcanoes.

The third landing is at the Nalychevo thermal springs, where guests can bathe in the natural pools with mineral water.