What to see in Belarus

The literary translation is White Russia, according to some historical sources the first Muscovite Tsars wore white robes to distinguish themselves from the Byzantine and Persian emperors, so the rulers of Moskva were called the White Tsars. 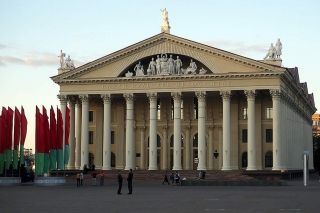 The reason why it was applied to the Belarusians is not well defined, the most plausible hypothesis is that the Belarusian ethnic group was formed mainly between Slavic and Baltic ethnic groups, (the root Balt from the Lithuanian White) from there the White Russia ( BELARUS). Some think it is due to the fact that the Slavic and Baltic ethnic groups have fair complexions (white) very blond hair, hence White Russia due to the population. This suggests that Belarus is a state full of history and culture, with many populations that have passed through Belarus.

Minsk is the capital of Belarus

Almost all the buildings in Minsk were built in 1944 by the Soviet army after the German occupation, which almost completely destroyed the city. Minsk is probably the best example of large-scale Soviet planning. The uniformity of its monumental facades, the wide streets, the parks, the greenery and its atmosphere give a sense of brilliance, greater brightness than other cities of the former Soviet Union.
The main street of Minsk, prospekt Skariny. At the southwestern end of the road, the 500 m long Ploschad Nezalezhnastsi (Independence Square) is surrounded by government buildings and the fascinating Polish Catholic Church of San Simone.

Janki Kupaly Park is a pleasant green area bordered on two sides by the winding Svislach River. You can rent a rowboat or visit the house where the Russian Communist Party illegally held its first congress in 1898. The Belarusian National Museum of History and Culture will allow you to take a trip through the nation's turbulent history, while at the State Art Museum of Belarus you can admire numerous paintings dating from the centuries between the seventeenth and twentieth centuries. The Museum of the Great Patriotic War describes the horrors of World War II through images and tries to explain the country's apparent obsession with war. The images of prisoners of war and photographic evidence of the partisans' executions are particularly macabre.
The Old Town, west of prospekt Skariny, houses the Baroque-style Cathedral of St. Dukhawski. At one time the cathedral was part of a Polish Bernardine convent. The monastery buildings have been restored and are now home to a music academy. To get an idea of ​​what Minsk was like in the past, go to the area east of the Svislach River, where you will find a neighborhood that has been rebuilt in the typical style of the seventeenth and eighteenth centuries. It is curious and almost miniature, full of cafes, bars, restaurants and souvenir shops. Not far away, stands the Church of Santa Maria Maddalena, built in 1847, characterized by an octagonal pointed bell tower and a large dome.