EXCURSION ON THE SVIYAZHSK ISLANDE 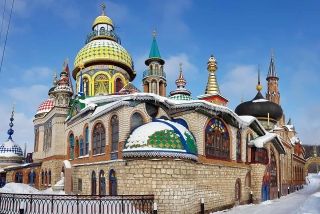 DURATION 5 HOURS ENTRANCE TO THE ISLAND, CAR, DRIVE, LUNCH IN RESTAURANTfrom 44 € per person

EXCURSION TO SVIYAZHSK ISLAND,
(DURATION 5 HOURS ENTRANCE TO THE ISLAND, CAR, DRIVE, LUNCH IN RESTAURANT)
Pushkin's fairy tales come to life on the river island of Sviyazhsk just 60 km from Kazan. Initially a fortress built by Ivan the Terrible to conquer Kazan in the 16th century, Sviyazhsk has grown through the centuries into a place par excellence of Russian culture.
The island with less than 300 inhabitants has 37 cultural attractions, two of which are currently considered to be UNESCO World Heritage Sites. Sviyazhsk is home to the oldest Christian church on the Volga, the wooden church of the Trinity built in 1551 in one day. Among the beautiful murals of Uspensky cathedral you can see rare images of Ivan the Terrible. Sviyazhsk testifies to the worst aspects of the Soviet era, with some of its churches transformed into a prison camp and a mental institution. A large and careful restoration since 2010 has brought the churches of the island 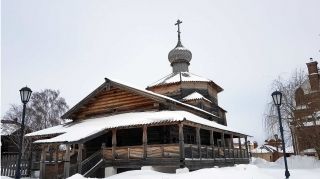 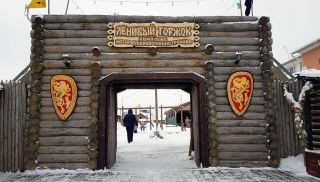